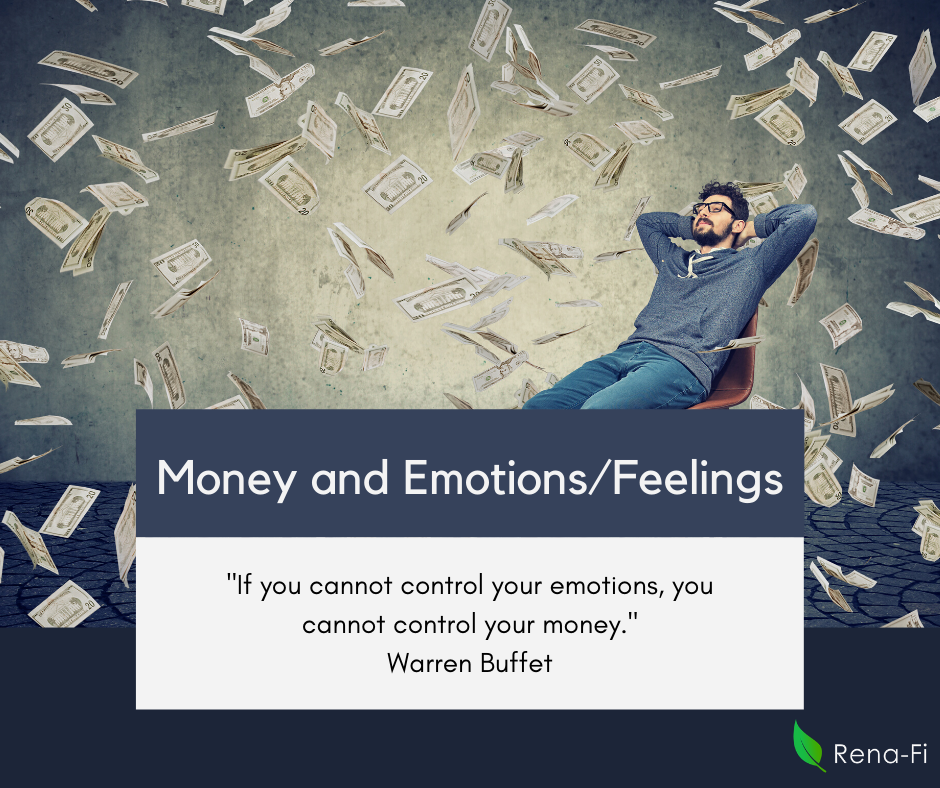 Has anyone ever told you retail therapy is a form of self care? Wrong. Worst Advice Ever. How about the notion that if you really love somebody, you’ll spend a lot of money on them? Even if you can’t afford it. Especially during gift-giving season?

December is peak holiday season. It is also peak season for high emotions. For some of us it means a lot of joy and happiness and connection with loved ones. For others, deep sadness, anger, regret, envy. For most of us, it’s a mixed bag. And rarely are we thinking clearly and mindfully. Especially about money. Holidays can trigger deeply buried emotions having to do with past events or family trauma. Cue all the feelings…

Financial experts agree that where money is concerned, our feelings and emotions can drive our behaviors. And that approaching money from an emotional standpoint can derail our quest for financial stability and prosperity. Many argue that these feelings we have about money often aren’t even about money at all!

We at Rena-Fi believe that emotions and feelings undergird how we relate to money and what we do with and about it. Some of these are conscious and some are unconscious. This month we’ll take a deeper look at how money and our feelings intertwine, both to sabotage us and to help us move forward.

We’ll start out by looking at the primary emotions that affect how we handle our money, and the ways in which that happens. Then we’ll look at emotions and spending, debt, and saving. And finally we’ll suggest some ways to treat your money as a cherished relationship heading into the new year.

We hope you’ll join us! 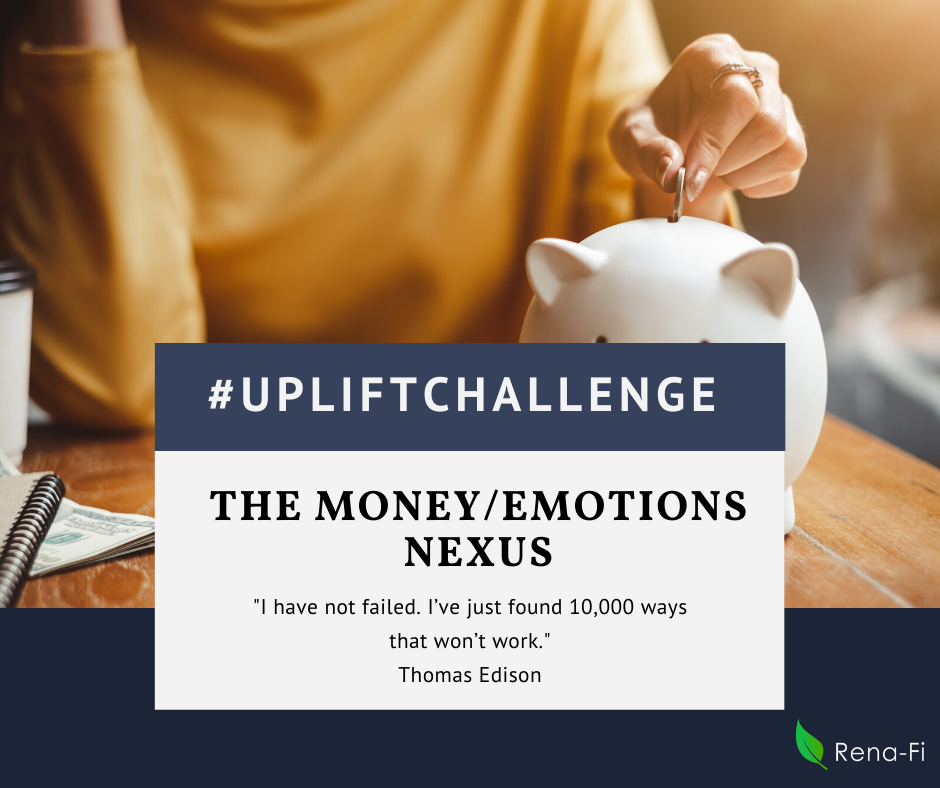 Week One: The Money/Emotions Nexus

Before we dig more deeply into specifics as to how our emotions and feelings affect our money, it’s important to understand some general aspects of how that all works.

First of all, emotions and feelings are not the same thing. Generally speaking, we’re conscious of our feelings, because we feel them. They include not just what we might associate with emotions, but also physical sensations like fatigue, stress, hunger, pain, etc.

Emotions can be conscious, but they are also largely unconscious. They live deep within, waiting to be triggered into feelings that cause actions. A good equation to remember might look like this: Emotions→Feelings→Actions. They are bound almost inextricably with thoughts and beliefs. If these thoughts and beliefs are not discovered and challenged, those emotions get stronger, and generate more thoughts. And we have a vicious cycle.

We at Rena-Fi are not therapists or psychologists, so we’re not going to attempt to guide you through a deep dive into your psyche (although if you feel you need such, we highly recommend doing that work with a qualified professional).

It’s plenty useful just to identify the surface emotions and feelings that come up for you when you think about or handle your money. And then work with those to come to a more neutral position where you’re in control, not your impulses.

The critical thing we want you to keep in mind as we move through this first week—and the weeks to come—is that your money and your feelings about money are inextricably linked. They’re like a mobius strip.  We feel a certain way, so we hoard, or we spend, or we go into debt, or we ignore our money altogether. And then the results of those actions, even the actions themselves, cause and reinforce those feelings.

This week we’ll be looking at a few of the primary feelings/emotions that tend to be linked up with money, and then the money activities they affect. The goal will be for you to get clear on your own money/emotion issues and how they play out in your life, so you can begin to gain some control (or increase the control you already have!). 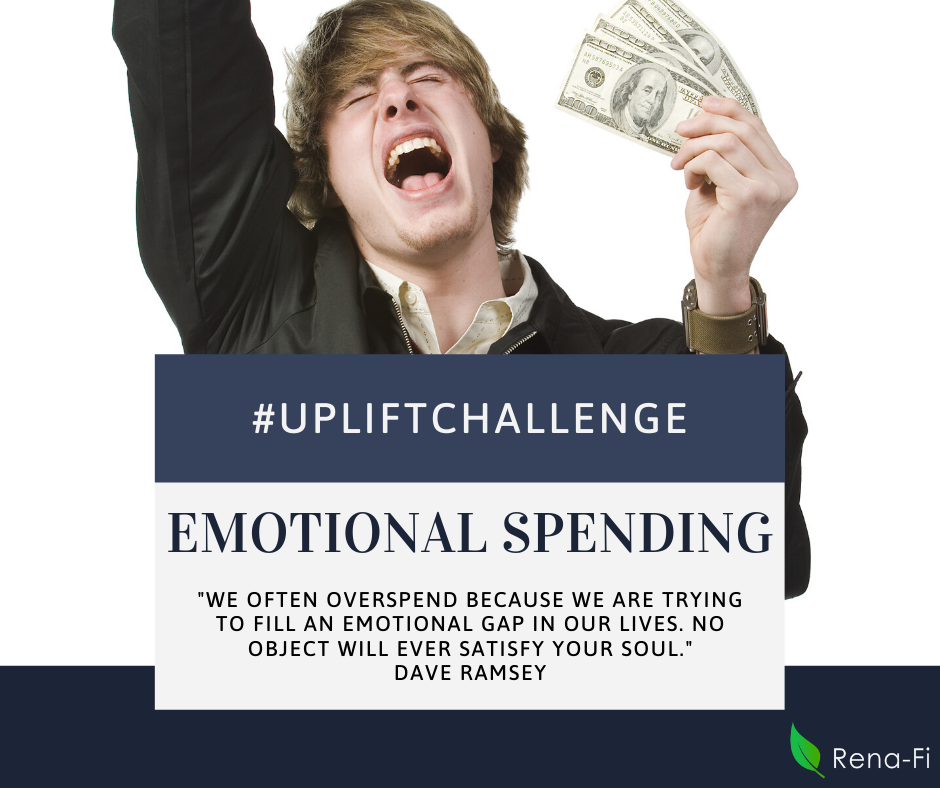 We often overspend because we are trying to fill an emotional gap in our lives. No object will ever satisfy your soul. —Dave Ramsey

One of the most common ways that our money and our emotions can intersect is in our spending habits. Today’s quote pretty much says it all, doesn’t it? In our consumerist culture, we are taught almost from the moment we take our first breath that objects can satisfy us. That when we feel something we don’t wish to feel, putting an object between us and those feelings should do the trick.

The truth is, it doesn’t. Because it can’t. But we keep trying anyway, don’t we?

We spend to self-soothe. Our crush likes somebody else, so we do some “retail therapy” to “create a new me.” A “me” somebody will find desirable. Does that ever work? More importantly, would we actually want somebody we have to buy new stuff or become a “new me” to attract? That seems like a slippery slope.

We spend to help ourselves feel “[______] enough.” Successful enough translates to shiny new cars and homes in the “right neighborhoods.” Clothes and shoes and fancy haircuts and all the latest gadgets. The “right” fitness club. The “best” places to see and be seen.

We spend, oddly enough, when our finances get squirrely. As if spending money can make that go away, or to show ourselves “Hey, it’s not so bad, look at this new phone I got at a steal.”

Or we spend to celebrate. When we’re happy. We’re feeling happy, and objects = happiness in our social conditioning, so here’s an idea: let’s buy something!!! Or let’s go out to a restaurant that’s way out of our budget, because we’re celebrating!!! Woohoo!

Or we spend to reward ourselves. “Ugh,” we think. “That project was a killer, but I got it done. I deserve something nice. Oooooo it’s Black Friday. I can get that big screen TV for 50% off!” Never mind that even at 50% off it’s not in the budget any time soon.

Now, don’t get us wrong. We are not saying that spending money on ourselves for emotional reasons is always problematic. Humans are emotional creatures. Emotions are tied into pretty much everything we do.

We’re just saying that if emotional spending becomes compulsive and habitual, it can derail your efforts towards prosperity and financial health in a New York minute.

This week we’ll look at some of the ways that happens, how to triage your own spending habits, and strategies to derail emotional spending before it derails you. 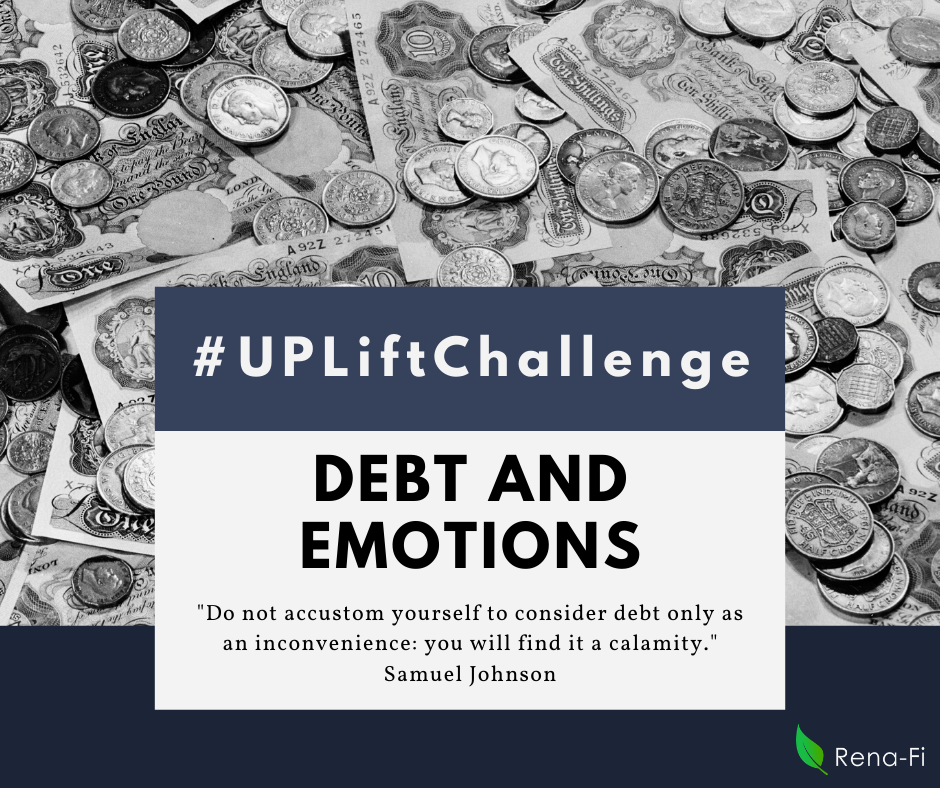 Do not accustom yourself to consider debt only as an inconvenience: you will find it a calamity. —Samuel Johnson

After our examination of how emotional spending can affect us, it’s a smooth transition to discussing debt. Because no matter how rationally we may believe we approach debting, the truth is most of it is emotionally driven. And then, when it gets out of hand, the emotions debt generates in us can be, quite literally, life threatening. Not to mention relationship-threatening, well-being threatening, and the source of even more debt.

But think of it as a much-needed minor surgical procedure.You know what happens when your doctor lances a boil, right? That boil has been there, growing and hurting, hurting and growing, until finally you decide to do something about it. You go to the doctor. She says “hmmmmm we’re going to have to lance this to release the infection buildup, and then you can start treating it home.”

We’re not going to describe the rest. You can google it if you need to.

Not pretty. Not fun. Even painful at the moment the stuff gets released. But it’s the only way to heal.

Awareness is the first step. Once we get really clear about how we are getting ourselves into debt, and what our debt is doing to us emotionally and even physically, then we can start to take steps to rectify it. 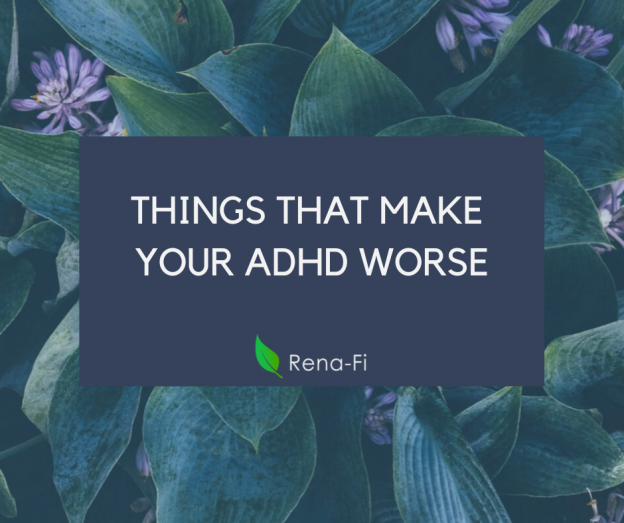 Living with and managing ADHD can be difficult.  It affects every facet of your life and can be rather intrusive.  Symptoms can appear or worsen… 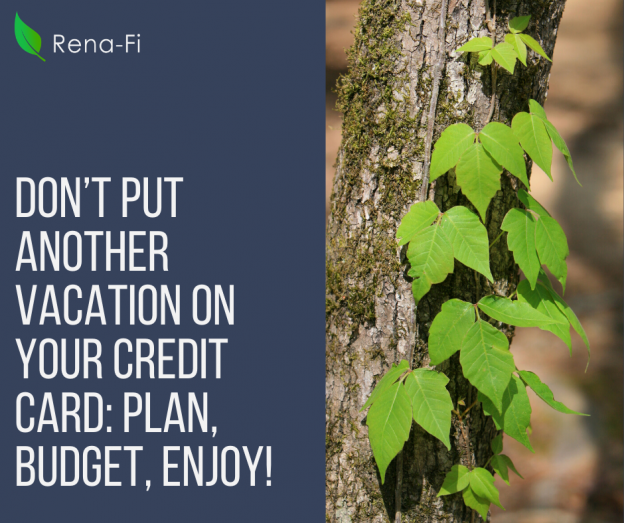 Have you ever wondered what goes into getting a loan? What are the things a lender looks at when considering giving you one? There are… 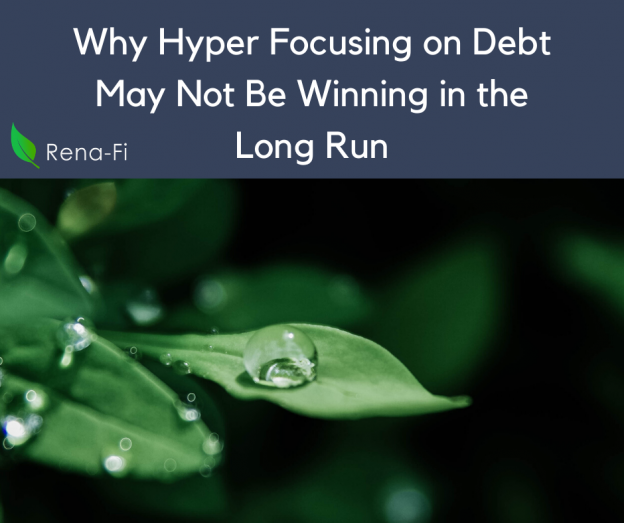 Do you dream of being out of debt? Are having financial freedom and financial peace goals for 2020? Awesome! They are great goals/ambitions/resolutions to focus…

When we think about happiness, we often find ourselves thinking about money.  We tend to think about what money can buy us to make us…

This site uses Akismet to reduce spam. Learn how your comment data is processed.